Josh Charles stars with Julianna Margulies in The Good Wife, and he opens up about recently nabbing his own ‘Good Wife’ in real life. He wed his longtime girlfriend, Sophie Flack, in a private ceremony in Manhattan in early September.

“It just felt like the right time, moment and I’m thrilled,” the newlywed actor reveals to ET Canada.

And Julianna adds, making her co-star blush, “He married an angel… she’s the Good Wife.” 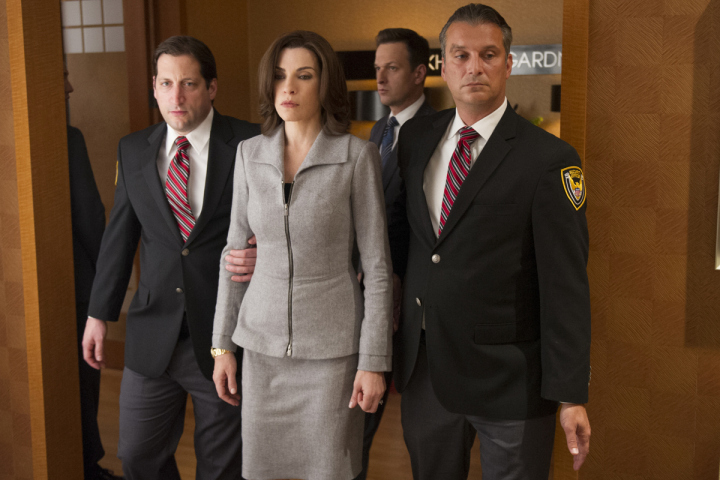 Alicia is escorted out of the Lockhart Gardner office after her plans to start her own law firm are exposed.
Photo: CBS

Meanwhile, the stars are facing a lot of controversy on the TV show of late, with Alicia starting a law firm of her own. Josh tells us: “They have an intense personal relationship that hasn’t really come to any resolution and I also think he’s a competitive person.”

But Julianna stands by her character’s namesake, telling us Alicia won’t play dirty, “she’ll always be The Good Wife.”

Watch our full interview with the stars on tonight’s ET Canada.