Disney+ Unveils First Look At 2nd Season Of ‘Star Wars: The Bad Batch’ — And Fans Are Loving The Return Of Baby Wooki Gungi

Disney+ released a new trailer and key art for the second season of “Star Wars: The Bad Batch”, the spin-off of the popular animated series “Star Wars: Clone Wars” focusing on the Bad Batch, a group of elite clone troopers with various genetic mutations.

“When the new season opens, months have passed since the events on Kamino, and the Bad Batch continue their journey navigating the Empire after the fall of the Republic,” notes the synopsis for the new season.

“They will cross paths with friends and foes, both new and familiar, as they take on a variety of thrilling mercenary missions that will take them to unexpected and dangerous new places,” the synopsis adds.

Dee Bradley Baker (“American Dad!”) returns as the voice of the Bad Batch, joined by Michelle Ang (“Fear the Walking Dead: Flight 462”) as the voice of Omega and “Cheers” alum Rhea Perlman as Cid, with Wanda Sykes making her “Bad Batch” debut as Phee Genoa. 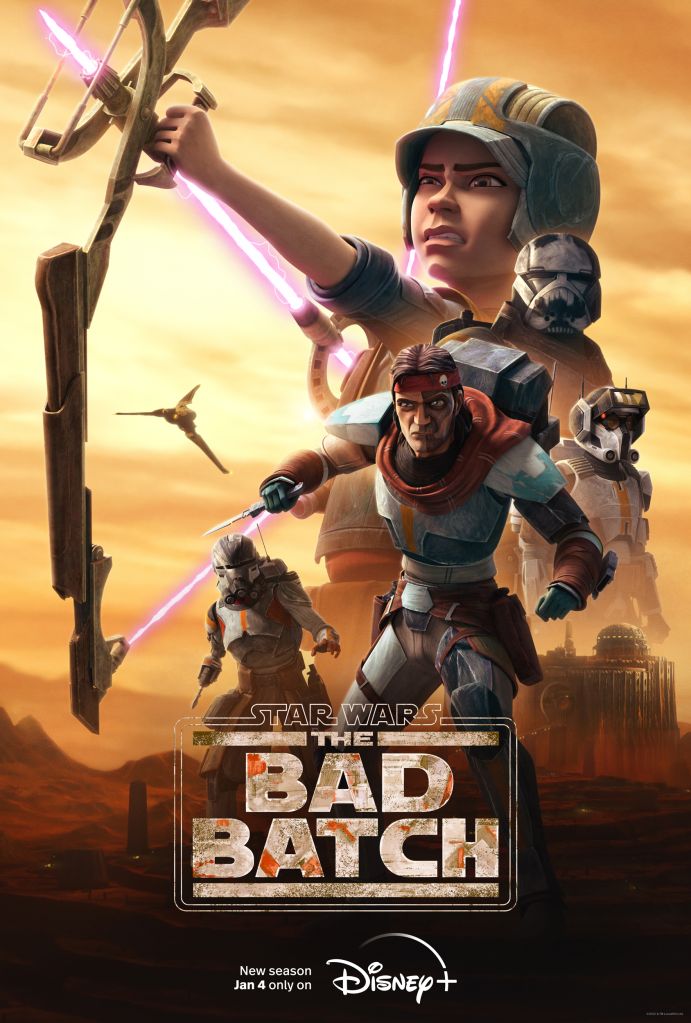 The highlight of the trailer for many fans has been the appearance of Gungi — a lightsabre-wielding baby Wookie trained by Master Yoda — as they took to Twitter to share their excitement at the return of the fan-favourite first introduced in the fifth season of “Clone Wars”, but whose fate was left up in the air at the end of the series.

It's on like Gungi Kong! @TheBadBatch is coming back with a Wookiee roar for Season Two on January 4th! pic.twitter.com/APJCQkziM5

Beyond stoked to see Gungi again!!

ACTUALLY SCREAMING ON MY LUNCH BREAK! CODY! MORE REX! GUNGI!!!! GIVE IT TO MEEEE 🤩🤩

Waiting for the eventual addition of Hondo tho. It's gotta happen. I refuse to believe they won't include the best boy in this series