Dolly Parton is no stranger to commitment.

From her lifelong dedication to creating catchy music to her devotion to philanthropic causes through her Dollywood Foundation, the star has done it all.

Her 56-year-long marriage to Carl Dean is no exception to this.

“I like it when people say, ‘How did it last so long?’ I say, ‘I stay going,'” shared Parton with ET Canada’s Morgan Hoffman. “You know, there’s a lot to be said about that. So we’re not in each other’s face all the time. He’s not in the business, so we have different interests, but yet we have the things we love to do together. So it was meant to be, I think. He was the one I was supposed to have and and vice versa.”

READ MORE: Dolly Parton Reveals Truth Behind ‘Wildest’ Rumours About Her, Including One About Her Boobs Being So Big They Broke Her Back

The singer had her meet cute with her future husband at a laundromat in Nashville the first day she arrived. It was immediate attraction and two years later, they were married.

Their relationship had its ups and downs like any other, but Parton said the key to their long marriage was humour.

“We both have a warped sense of humour. And I think humour, honestly, is one of the best things when you’re married like that. Even if you have a problem, if you have a great sense of humour, if you say something you can’t take back [you] usually have some crazy way of getting out of it,” she explained. 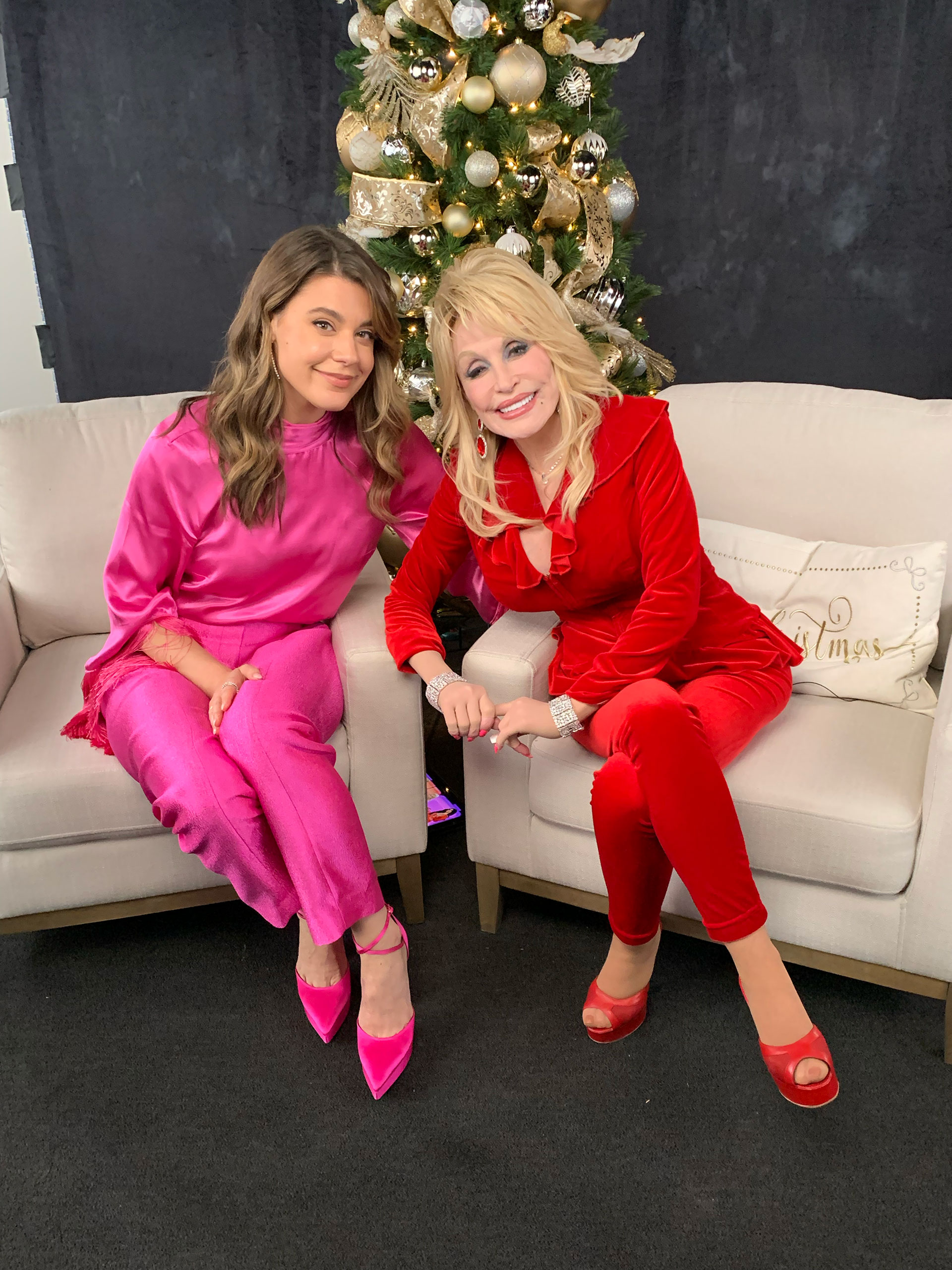 She did admit the two hadn’t had any arguments that bad yet.

“We’ve never had, you know, serious arguments to say bad things to each other we have to take back,” added Parton.

While Dean isn’t in the music industry, that doesn’t mean he doesn’t get excited over the work his wife does. In fact, the Rock and Roll Hall of Famer is preparing something special for him on her upcoming rock album.

“He loves all of the songs. And I haven’t told him yet who I’m going to have on. I don’t even know myself, who all is going to be on it. But he’ll love it. I’m doing so many of his favourite songs on the album, so I’ll play it to him when it’s all done,” she teased.

The country icon’s road to the Rock and Roll Hall of Fame was a bumpy one. Her nomination was first announced in February, but she declined it initially, stating she felt she hadn’t earned it yet. At the end of April, she changed her mind.

“They wanted to induct me into the Hall of Fame, and I didn’t think I deserved it. Then when they put me in anyway, I thought, ‘Well, I’m going to not waste this time,'” she recalled. “And so I am actually doing a rock album of a lot of classic rock songs, and I’m going to actually have a lot of iconic singers and musicians join me on some of the songs.”

For more with the “Jolene” hitmaker, tune into “ET Canada Presents: Icons Dolly Parton” Dec. 19, airing 7:30 pm ET/7:00 pm MT on Global, and streaming live and on demand on STACKTV and the Global TV App.