From nip slips to ripped dresses, Nicki Minaj and Janet Jackson aren’t the only stars to bare their most private parts. Feast your eyes on these memorable celebrity wardrobe mishaps.

After dealing with the same wardrobe malfunction at Cannes in 2016, model Bella Hadid reveals a similar problem at this year’s event, accidentally displaying her underwear underneath a pink pale gown with a mega high slit while greeting Susan Sarandon.

Who Say
START OVER 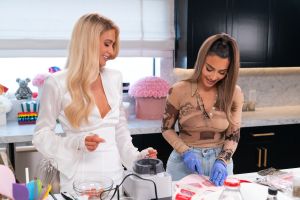