Johnny Depp might be living the pirate’s life marrying his “Rum Diaries” co-star Amber Heard this weekend, but unfortunately the same cannot be said for many of Depp’s other relationships.

In honour of Depp’s impending weekend nuptials, we’re taking a look at the ladies who were sent to Davie Jones’ Locker after failing to capture Captain Jack Sparrow’s heart (not really), or shall we say… were definitely forced to walk the plank.

Johnny's longest relationship to date, save for Tim Burton of course, the actor met the lovely Paradis on set of the film "The Ninth Gate" and obviously fell fast for her Parisian fashion sense and immense talent.After taking their place atop the list of longest non-married Hollywood relationships, the couple, who have two children Lily Rose, 16 and John Jack Christopher, 13, announced their split in 2012.Paradis opened up about her relationship with the big screen's more eccentric pirate in the September issue of Harper's Bazaar saying, "When you meet the love of your life, it's just obvious and natural and easier.""You keep learning all the time. Sometimes you could be in an unhappy relationship; you are very much in love with someone, but it's making you unhappy and you think things can change and you can work it out," she added.Obviously things did not work out between the two, as Depp moved on at the speed of a ship with Amber Heard and Paradis was tossed to the sharks. 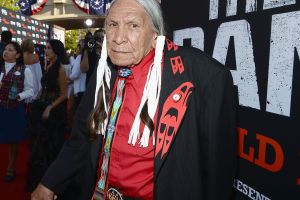