Being in a boy band can be a pretty sweet gig, as the Backstreet Boys, who celebrated their 25th anniversary together on April 20, 2018, are well aware. There are screaming fans, access to breakthroughs in hairstyling technology and if your manager isn’t a sleazebag there’s a chance you might even get paid, too. But what happens when a boy band member tries their hand at solo success? Here’s a look at an array of boy bandsmen that tried to go it alone.

Backstreet's back (alright), but during the group's hiatuses, Nick Carter's taken a couple of cracks at releasing solo records. In both go-arounds, the results on the charts have been modest at best. In 2002, Nick released Now or Never, an album that went Gold but was absolutely dwarfed in sales by Timberlake's Justified. (It did better than Aaron Carter's album from that year, if you like marking that sort of thing as a plus.) Nine years later, Nick put out his optimistically titled second album I'm Taking Off. The sophomore effort did okay here in Canada, but it didn't send much of a tremor through the United States. At the moment, Nick's in the process of trying to make an indie horror movie that he co-wrote called Evil Blessings. (No word yet on if Nick appears on the soundtrack.) 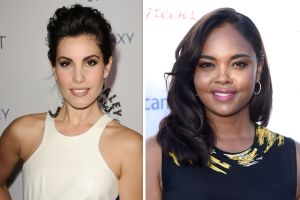