As you’d expect from the guy who brought us “Stupid Pet Tricks’, Larry “Bud” Melman and once donned a suit made of Velcro and hurled himself against a Velcro wall, ‘The Late Show’ has hosted no end of crazy stunts over its 23 years. Here’s a brief sampling:

In a moment reminiscent of 'Thunderball', erstwhile 007 Sean Connery made quite the entrance in October 1993 when he flew onto the 'Late Show' stage strapped onto a jet pack. When he landed, a pair of gorgeous models escorted him to Dave's desk. 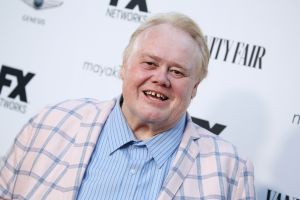