We’re in the mood to celebrate some big moments in Canadian charm machine Michael Buble’s career. From award-show glory to his holiday special enchantment, here are ten moments of maximum Buble.

Michael Bublé can boast having five Canadian #1 albums to his name (that's a very specific boast) and we're here to give the inaugural chart-topping effort a special bit of shine. The 2005 full-length It's Time hit #1 in Canada (as well as Italy and Spain) and has snapped up platinum plaques galore across the globe. You'd think the 6x platinum status would give the album the distinction of being the Bublé album with the best domestic sales, but that honour goes to the diamond-certified holiday release Christmas. Speaking of sales surprises, even with 3.7 million copies sold in America, it wouldn't be until the arrival of 2007's Crazy Love that Bublé would reach the top of the Billboard 200. 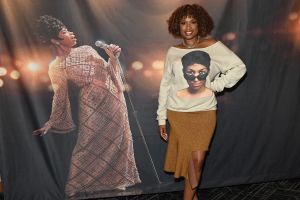