Why George And Amal Clooney Make The Perfect Husband And Wife

With the birth of George and Amal Clooney’s twins coming any day now, take a look at what makes this woman the perfect fit for the man who has long held the title of Hollywood’s Hottest Bachelor!

It’s no secret that George Clooney is one of the best pranksters in the business! The actor and his co-stars repeatedly make headlines for their shenanigans on-set, and that playful attitude is sure to serve him well as a father.

As for Amal, the human rights lawyer's motherly ways have already received the seal of approval from father-of-three, Matt Damon. “[George will] be great, he'll be a mess, [but Amal will] take care of everything," he said.

Recalling the moment when Clooney broke the big news, Damon revealed that he “was working with him last fall and he pulled me aside on set and I mean, I almost started crying. I was so happy for him. And I was like, 'how far along is she?' And he goes, 'eight weeks.'"

Though Clooney rarely speaks about his personal life with the press, in 2006 — long before he met Amal — the actor opened up about parenthood, telling People magazine how seriously he considers the role. “I think it’s the most responsible thing you can do, to have kids. It’s not something to be taken lightly,” he said. “I don’t have that gene that people have to replicate. But everything in my life has changed over time.” 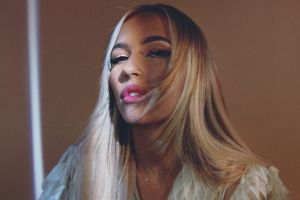