13 Celebs Who Have Walked Out of Interviews

When stars bail mid-interview, it’s awkward, cringe-worth, and, well, captivating. We saw it play out again this week when R&B artist R. Kelly abruptly took leave from a Huffington Post interview. Let’s pull a chair up to the train wreck and take a look at what happens when celebrities’ fight-or-flight response leads them to flee.

Steve-O stormed out of an interview with "The Wease" radio show after one host pointed out the sexual link between his new girlfriend Kat Von D and Sandra Bullock. "Oh god, please — I'm not going there. Just stop that," he said, slamming any conversation that would bring up Von D's ex Jesse James. 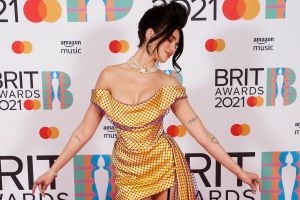