Presenters At The 2016 Canadian Screen Awards

The Canadian Screen Awards will take place on Sunday, March 13, honouring the best in homegrown film and television, and here’s a sneak peek at some of the talent who’ll be on hand to join host Norm Macdonald to present awards at this year’s gala.

This time out, the 'Sutherland boys' refers to father Donald and son (and half-brother to Kiefer -- the guy on the right) Rossif Sutherland. 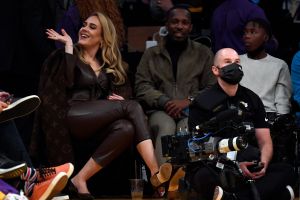