10 Songs That Were Actually Penned By Prince

Prince has a well-deserved reputation as a mega-prolific songwriter. Odds are, there are more Prince-penned songs on this planet than there are lakes in the Purple One’s home state of Minnesota. In honour of Prince’s 56th birthday on June 7, we’re taking a look at 10 tunes written/co-written by the music legend that ended up being recorded by another artist. From “Manic Monday” to “The Glamourous Life,” we’ve got these tracks covered 4 U.

The "2 U" portion of the title was probably a dead giveaway, eh? Sinead O'Connor's mega-selling monster ballad was originally a composition that Prince created for the Minneapolis outfit The Family, which was a band signed to the Purple One's label that featured a few ex-members of The Time. The Family packed it in after one album, but the cut "Nothing Compares 2 U" wouldn't take off until Sinead released her take on the tune a few years later. Prince had since trotted out his own rendition of the track both in concert and on a variety of live and compilation releases. "I loved his music, but I had absolutely no idea or expectation that that single would be such a big hit," offered Sinead in an interview with Uncut in 2013. "Did I ever meet Prince? I did and... we didn't like each other. At all. Ha ha! I'm not going to go into it, but we detest each other..." 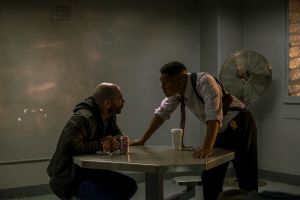