Meet one half of the host team. Who comprises the other half, you ask... 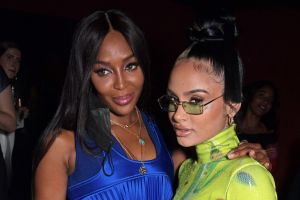