Adam Sandler is turning 50 today, so we decided to look at top 50 films of his career. Then we realized he hasn’t been in 50 films so we limited it to 15 because the two numbers sound alike. The following list identifies his top 15 films at the North American box office — films that, good or not-so-good — earned their studios a lot of money. These totals are gross, much like Sandler’s films.

Co-written by Sandler, Robert Smigel (of ‘SNL’ and ‘Conan O’Brien’ fame), and soon-to-be Hollywood titan Judd Apatow, ‘Don’t Mess With The Zohan’ had the world asking, “What’s a Zohan?” Once that was cleared up, audiences could concentrate (or not) on the sight gags and over-the-top accents in a film that played its own part in trying to ease tensions between Israelis and Palestinians. 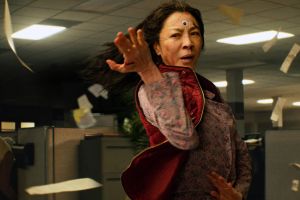