We’re taking a look back at the British Royals who’ve touched down on Canadian soil over the decades. From Queen Elizabeth II’s numerous visits to Canada, to Princess Diana’s memorable Royal Tours with Prince Charles and then later with her sons Prince William and Prince Harry, to newlywed Will and Kate’s first Royal Tour of Canada, here are the Royal Tour highlights.

Camilla, Duchess of Cornwall and Prince Charles, Prince of Wales are presented with a toy moose by the Royal Canadian Mounted Police on May 19, 2014 in Pictou, Canada.
(Getty Images) 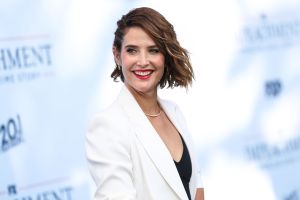