13 Actors Who Gained Weight For A Role

Call it ‘method acting’; call it an excuse to eat donuts for work. Whatever the name, actors have been committing themselves to roles by doing it for ages (and Academy Awards). Certainly less strenuous than losing weight for a role is this corporeal transformation that, more so perhaps than makeup and prosthetics, helps actors truly become their characters while keeping Hollywood fast-food restaurants and subsequently, fitness clubs in business.

Scottish star Ewan McGregor was up for the challenge of playing two very different brothers in season three of “Fargo”. McGregor packed on the pounds to play Ray, an overweight, down-on-his-luck man. “I ordered a massive dessert and started putting on weight from that second onward,” he told Vanity Fair. “It’s quite nice when you’re ordering — you can order whatever you like. But the truth is I would go to bed every night not feeling very great. I’m a small guy. I’m not really used to carrying weight. It doesn’t make you feel great. I like to feel fit and healthy. But it was effective. It worked.”

McGregor used Spanx to help him slim down to play the gaunt-looking brother Emmit. “Spanx are no joke,” he said in an interview. “The Spanx makes me hold my body in a different way, because it’s tight and keeps me more upright, I suppose.” 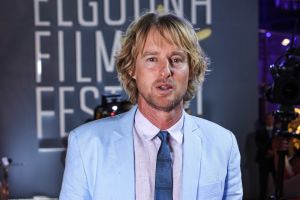