Taylor Swift seems so sweet, but she sure does get into a lot of feuds with her fellow celebs. From TSwift’s various skirmishes to the political world’s ugliest face-off, relive some of 2016’s biggest star wars.

Piers Morgan loves stirring up feuds with celebrities with inflammatory Twitter posts, and seriously ticked off Lady Gaga when he slammed her claims of suffering from PTSD after being sexually assaulted, stating that PTSD is something that afflicts "soldiers returning from battlefields" and dismissing her claims as "vain-glorious nonsense." He also blasted Madonna and "Westworld" actress Evan Rachel Wood for coming forward about being sexually assaulted earlier in their lives, charging they were just trying to "promote themselves." In a tense Twitter exchange, Gaga eventually agreed to be interviewed by Morgan on TV. 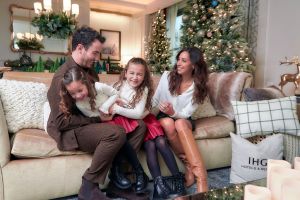 Next Gallery: Stars Getting Festive 2021