March makes us think of lions, lambs, Lent and, um, listening to new music. What… you too? Cool, because we have a lot of new discs for you to give a listen to while you’re sipping your Shamrock Shake. From country, synth, and rock to soul, indie, and EDM, March’s new music is sure to put a spring in your step.

Hey, have you heard of this guy? He's Kind Of A Big Deal™. Not only is he pals with Taylor Swift, he's the guy who sings that song, "Thinking Out Loud," which every newlywed in the past three years has danced to. You know the song with the lyrics, "And, darling, I will be loving you 'til we're 70," that makes you wonder What happens at 71, Ed? What happens at 71? Anyway, this is the Grammy-winning 26-year-old's third album and the first two singles, "Castle On The Hill" and "Shape of You" are already breaking sales records so get on board. 'Divide' comes out March 3. 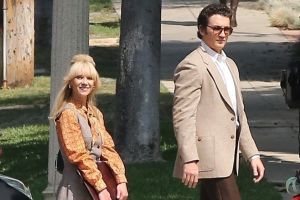