With Pepsi missing the mark with its latest protest-themed commercial this week, we take a look at other celebrity-fronted ads that have drawn controversy over the years.

Many were left scratching their heads when Pepsi’s tone-deaf ad starring reality star Kendall Jenner took over the Twittersphere.

The protest-themed ad, titled “Live For Now Moments Anthem”, saw the “Keeping Up With The Kardashians” star ditch a photoshoot to join an ongoing street protest. The model-of-the-moment is then seen giving a police officer a can of Pepsi as a supposed peace offering, in a treatment that channels an iconic image taken during a 1960s Vietnam War protest.

“Pepsi was trying to project a global message of unity, peace and understanding. Clearly we missed the mark, and we apologize,” Pepsi said, addressing the ad in a statement. “We did not intend to make light of any serious issue. We are removing the content and halting any further rollout. We also apologize for putting Kendall Jenner in this position.”

Declare Yourself
START OVER 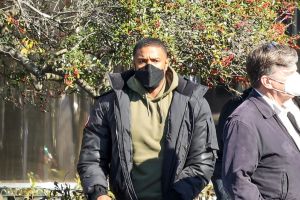