The 2017 Coachella music festival is underway in Indio, California, and this year’s event promises to be as star-studded as ever, with stars ranging from Aaron Paul to Kylie Jenner and many more. Check out which stars are making the scene at this year’s fest.

Rapper Tyga keeps it chill with a friend at The VELOCITY BLACK x 1 OAK / Up & Down Desert Beach Club in celebration of Coachella 2017. 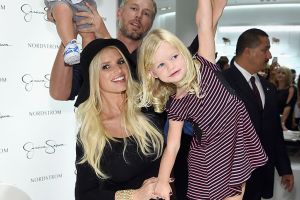