On The Set Of ‘Vikings: A New World With ET Canada’

Before “Vikings” raids our screens for their boldest, bloodiest, and most badass season yet, ET Canada is taking you behind the scenes for exclusive interviews with your favourite cast members, a shieldmaiden makeover, and never-before-seen sets.

Nothing says "Vikings" like kicking off our set tour with a bear hug from Canadian Alexander Ludwig.

The Vancouver-born actor shares insights on his character's journey, along with a couple of stories about how he got his revenge on reigning set prankster Travis Fimmel. 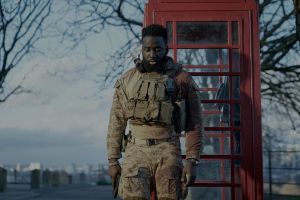