With Grammy nominations being announced on Nov. 28, we’re predicting who will make the list.

You can definitely lock in nominations for Bruno, Ed, and Kendrick. Three #1 singles by three Grammy favourites that dominated this year. Speaking of dominating, “Despacito” came this close to becoming the longest-running #1 ever, so write it down for a nom. The last spot is a bit of a toss-up: If the Grammys want to nominate Taylor Swift this year, this is the category to do it in since her album, Reputation, isn’t eligible to 2019. “Look What You Made Me Do” could sneak in, but it wasn’t as massive a hit as her other Record Of The Year nominations (“You Belong With Me”, “We Are Never Ever Getting Back Together”, “Shake It Off”, and “Blank Space”). I’m guessing a pop/rock act gets the slot. A lot of people are predicting Portugal. The Man’s “Feel It Still”, but I’m going with proven Grammy fave Imagine Dragons, who had a huge year. 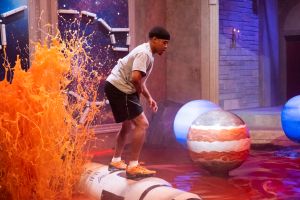