Sophie Turner and Jessica Chastain take their sense of style around the world for a promotional tour for their upcoming “X-Men” film, “Dark Phoenix”. 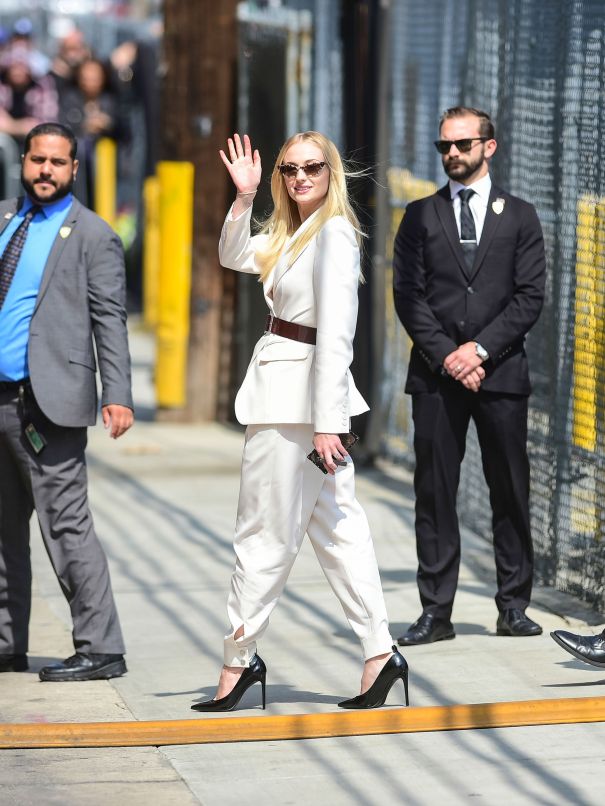 Sophie Turner is chic in a business-inspired white pantsuit paired with a belt, black heels and chic patterned sunglasses as she arrives to “Jimmy Kimmel Live” in LA. 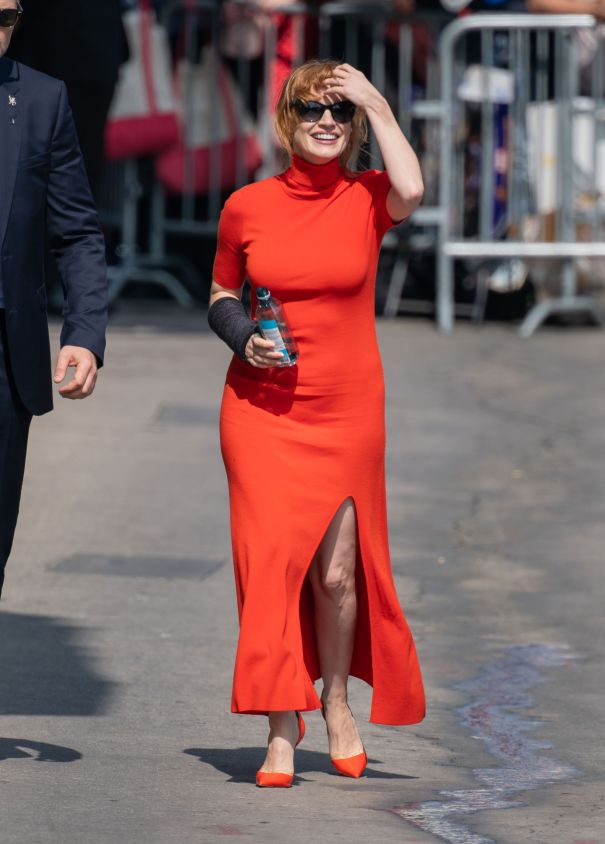 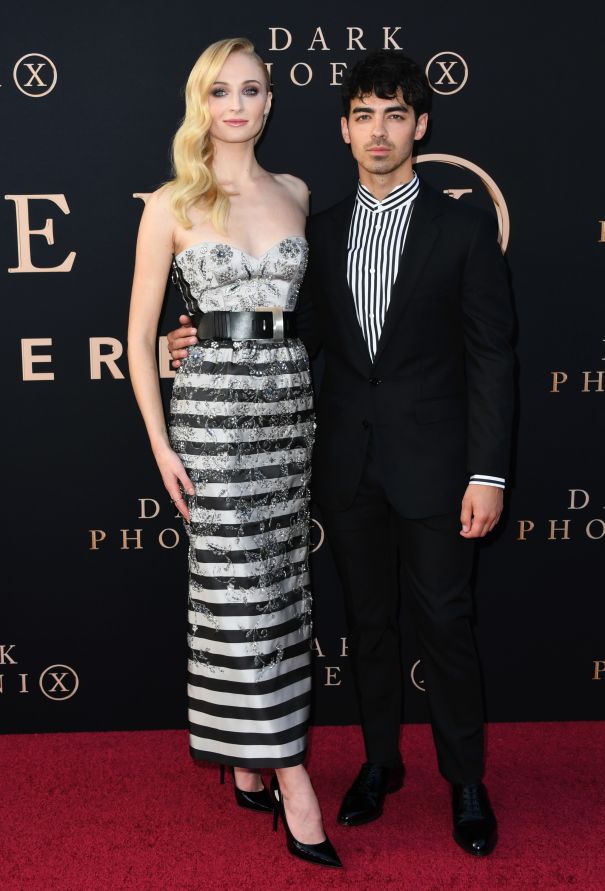 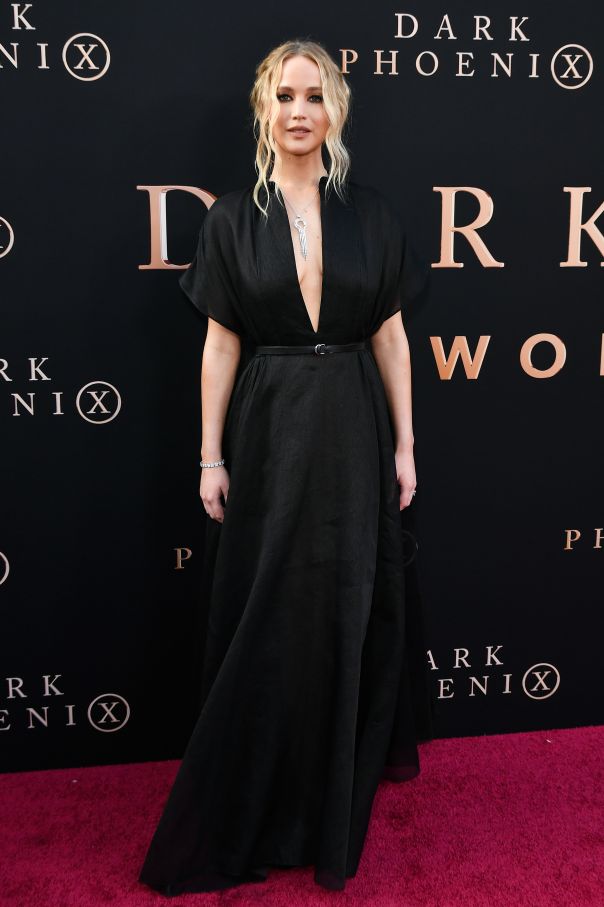 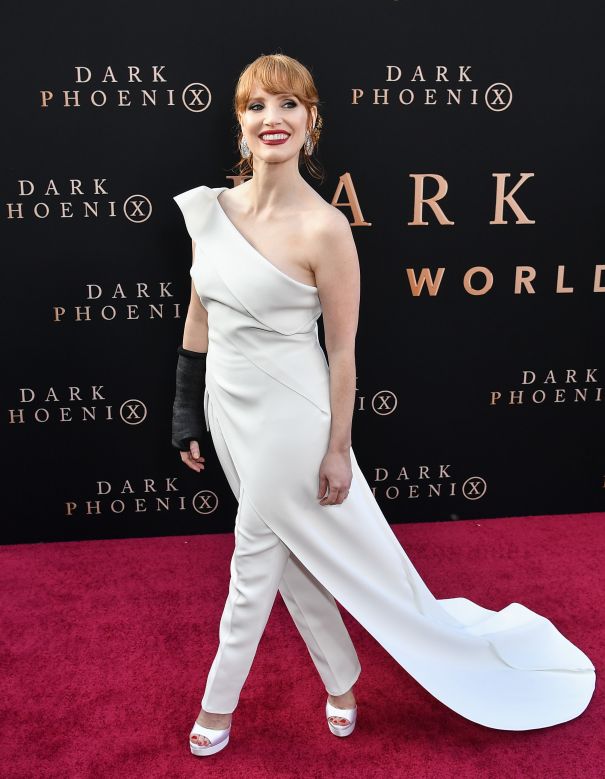 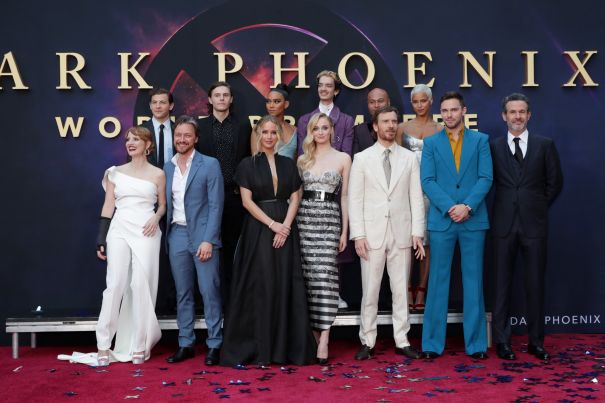 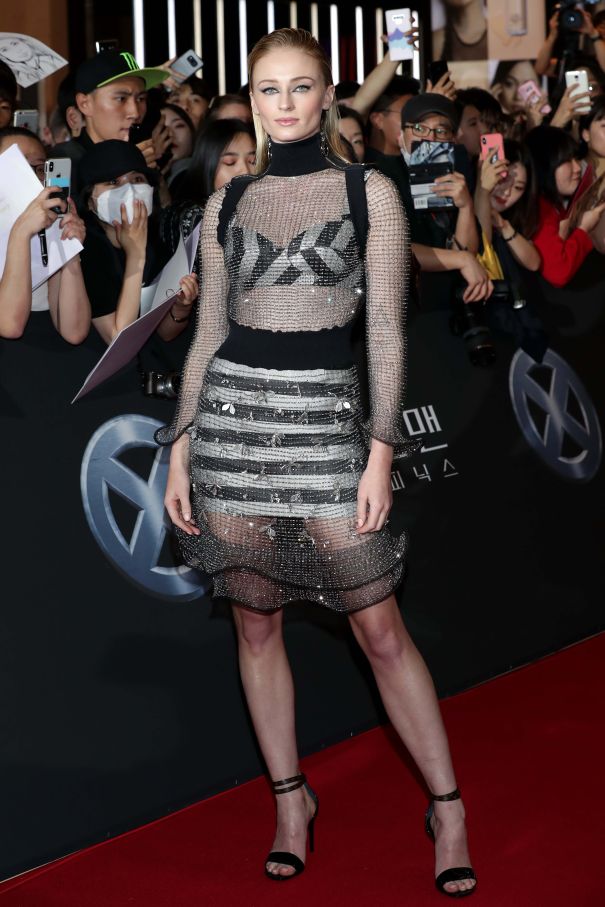 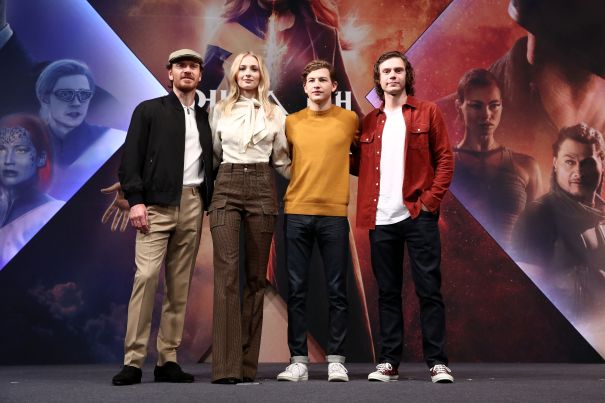 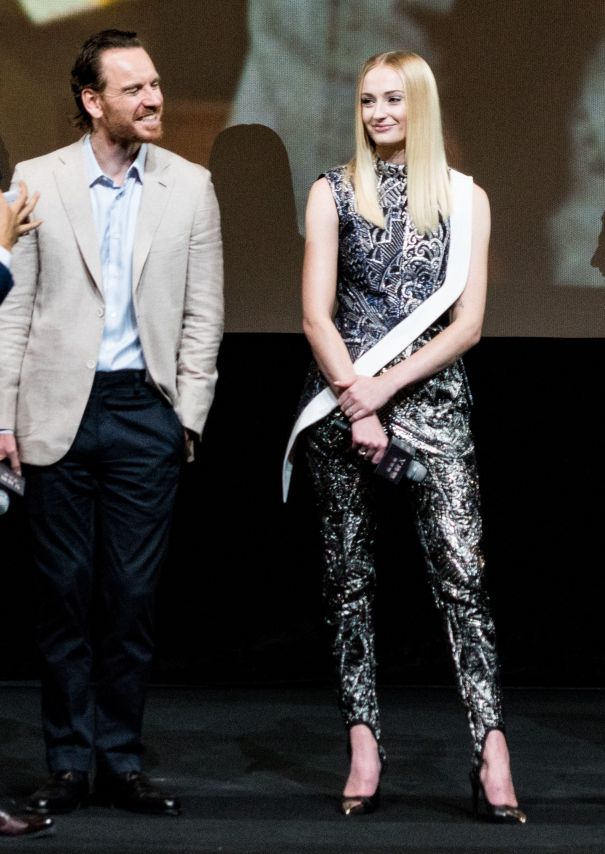 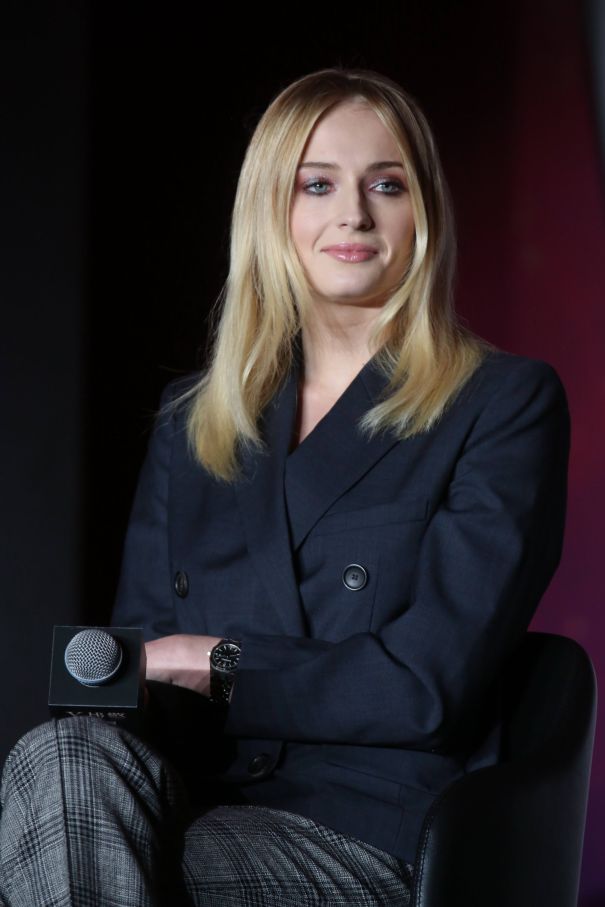 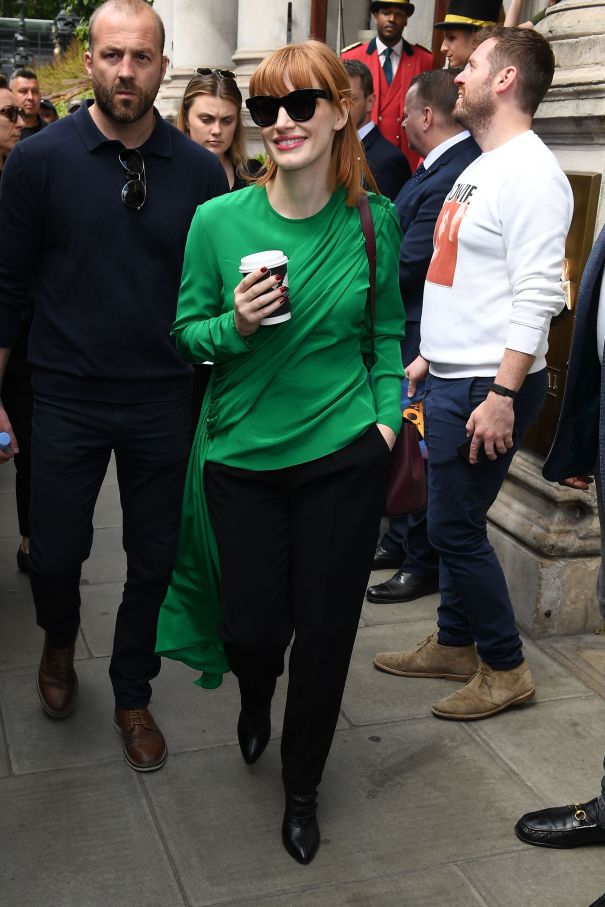 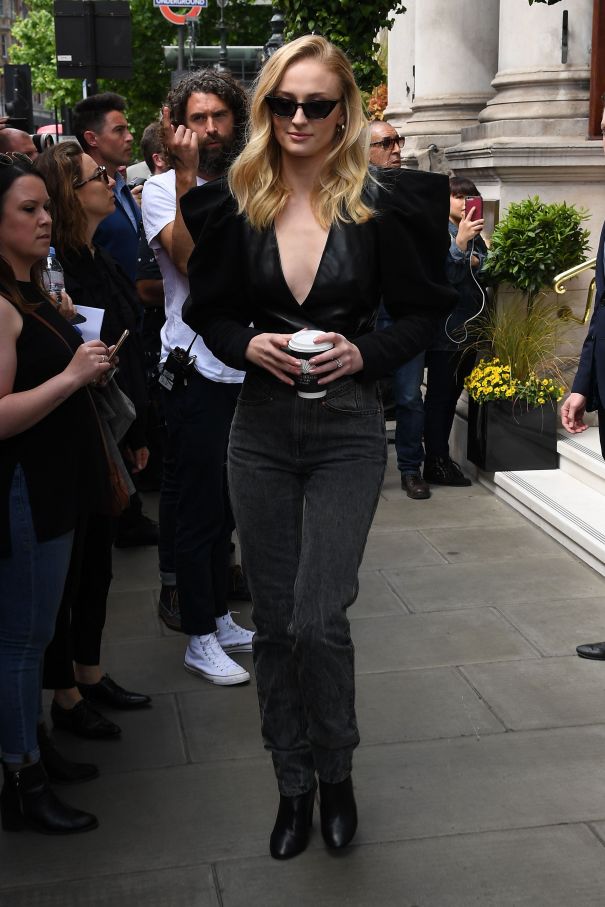 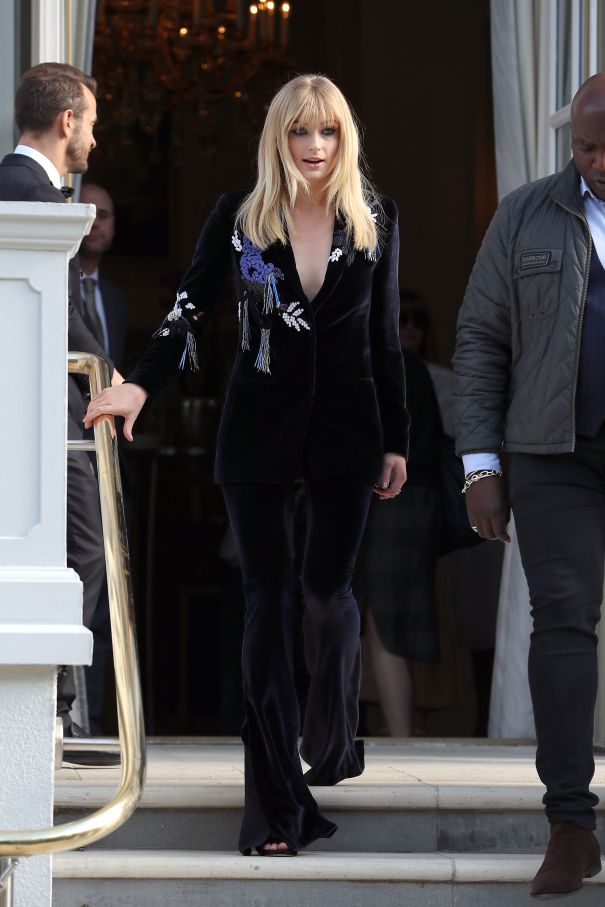 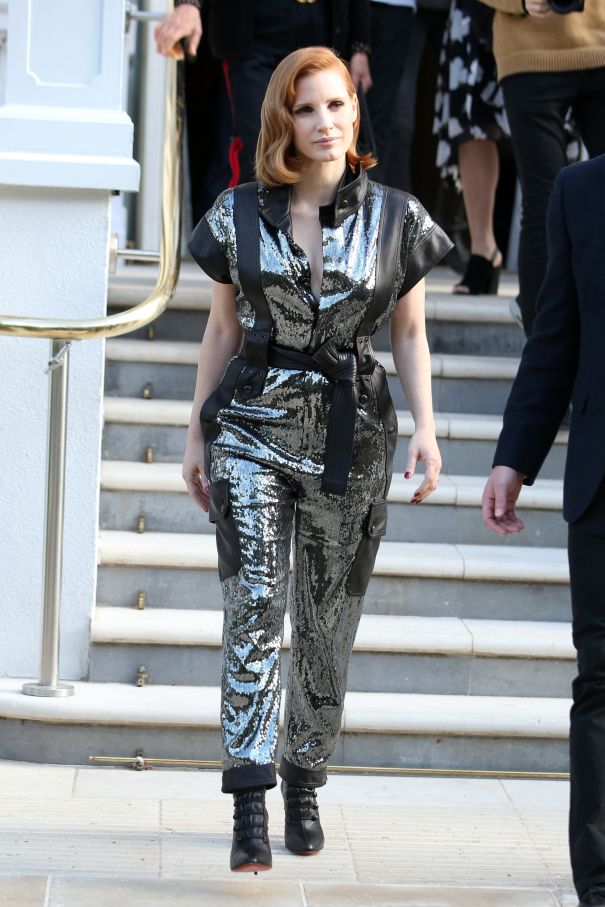 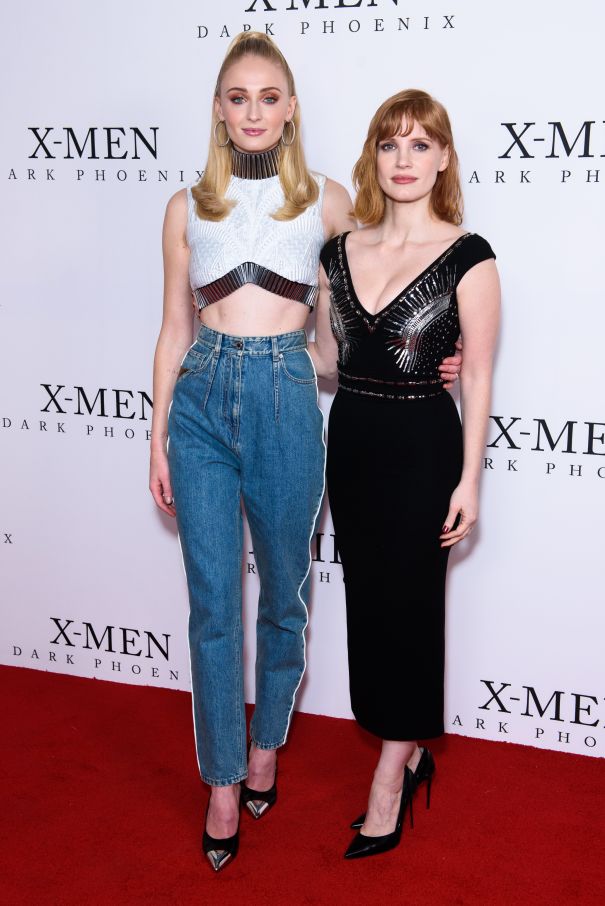 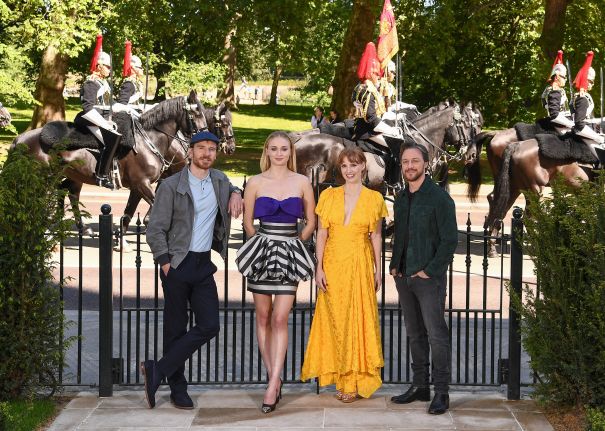 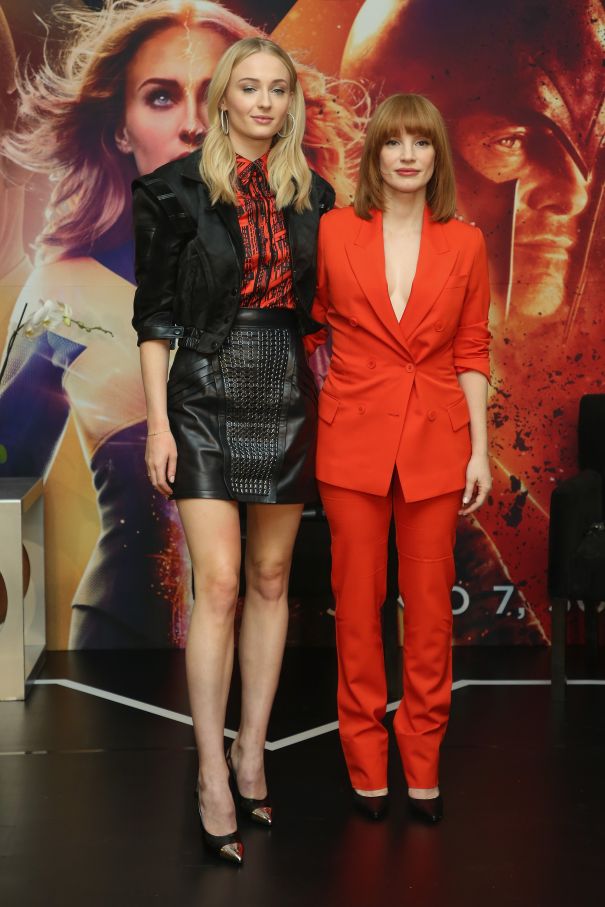 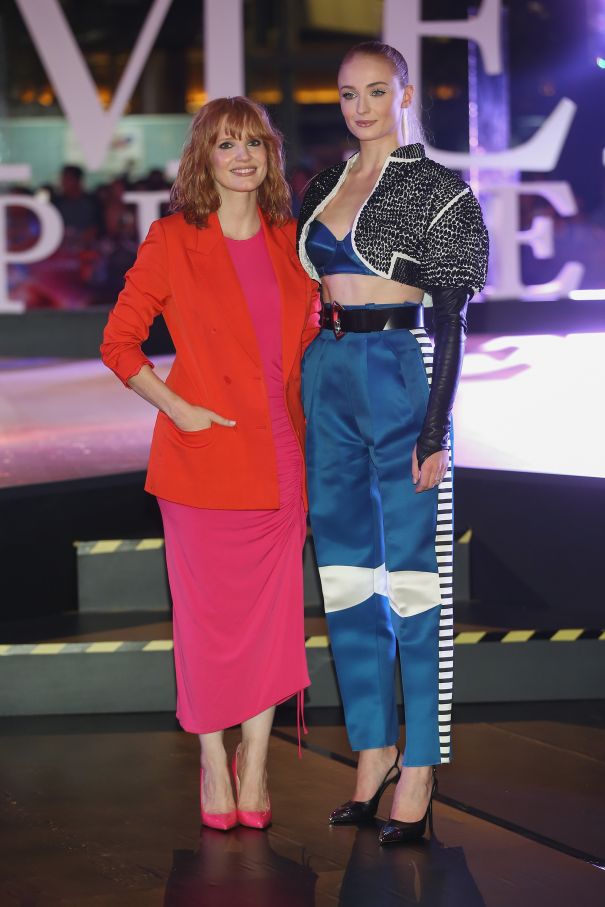 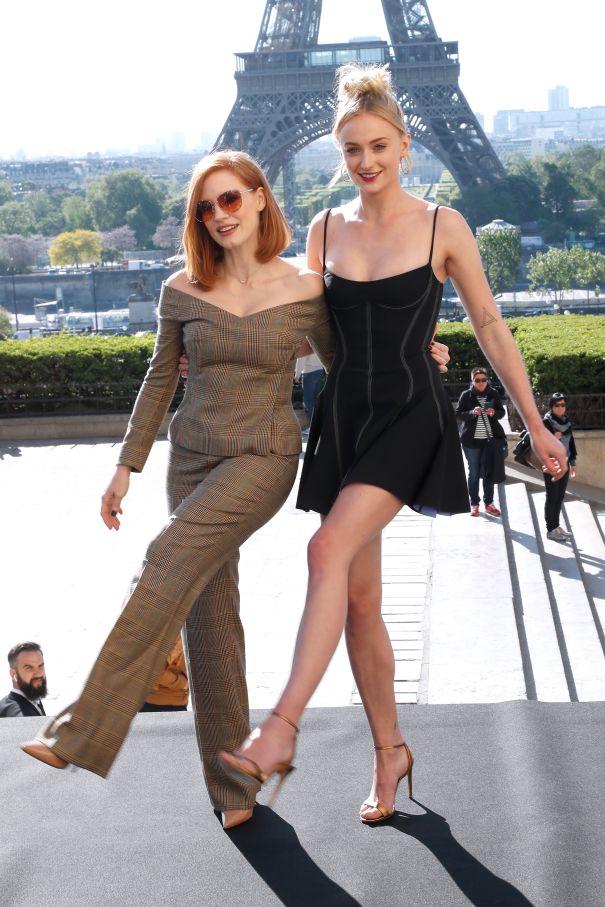 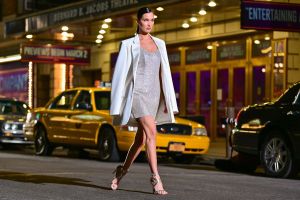