It’s hardly a first for the long-running animated series. South Park has always taken a nasty delight in skewering celebrities in an extremely timely manner.

It’s hard to pick just ten of the best South Park celebrity massacres – but let’s do it anyway and leave the Jonas Brothers alone for now. And Barbra Streisand. Not to mention Snooki:

A bomb - which South Park calls a 'snuke' - is revealed to be hidden in Hillary Clinton’s…uh….personal space. Cartman suspects that a Muslim student is behind it, but it’s later revealed to be England, who want to finally ‘put an end to the American Revolution’. Yes, it's an episode about racial tolerance - South Park-style. 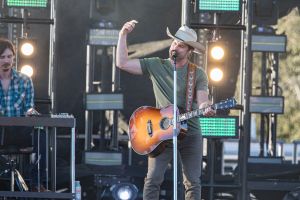