Rage Against The Machine's Tom Morello was arrested in 1997 for civil disobedience in California after garment workers protested the "sweatshop labor" practices allegedly used by clothing brand/outlet Guess? In 2006, Morello was arrested again, this time for protesting the rights of immigrant hotel workers. "In these political dark ages, it's important for us to stand up for one another," the musician said in a statement according to NME. Having railed against Republican U.S. Vice-President candidate Paul Ryan recently, it's a good bet Morello will again be protesting soon. 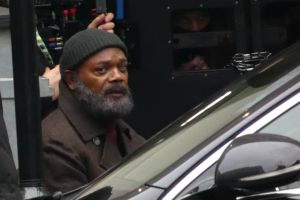