Paul McCartney’s Legacy Outside Of The Beatles

We’re looking back at legend Paul McCartney’s many, many, many achievements outside of The Beatles. From his “Band On The Run” to his reputation as a savvy businessman, we’re taking a look at the many facets of Macca.

It's not an easy thing transitioning to life outside of the biggest band in music history, but Macca's managed to forge a fascinating (and lengthy!) solo career in his post-Fab state. We'll get into his work with Wings in the next slide, but let's touch on Paul McCartney's remarkable run as a solo artist. He continued to crank out hit singles ("Another Day" "Coming Up" "Ebony & Ivory") and platinum albums (Ram, Pipes of Peace), while also remaining a perpetually in-demand live act. Sir Paul's discography is feted for its gems and also ragged on for his weakness for saccharine songcraft. In addition to pop rock offerings, McCartney has also knocked out a variety of classical works and has also paired up with Youth to record electronic records under the banner of The Fireman. 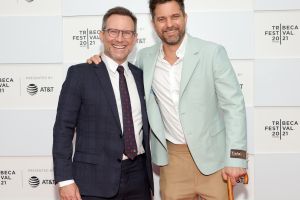