10 Superstar Acts That Have Recorded Songs Written By Sia

“Chandelier” chanteuse Sia clearly knows a thing or two about writing quality tunes. So much so that her songwriting services have been called upon by other pop dynamos. Here’s a look at 10 acts that have recorded tracks co-penned by Ms. Sia Furler. They clearly have good taste.

Sia's songwriting talent has been called into service by Her Royal Majesty Queen Bey. The Australian artist has a writing credit on a trio of Beyonce cuts (including "Standing on the Sun" and the Blue Ivy ode "God Made You Beautiful"), but the highest profile track of the three was originally intended for another artist. According to Sia, "Pretty Hurts" was essentially in recording purgatory until it was secured by the empire of Bey. "I wrote it on the sofa three years ago for Katy Perry, sent it to Katy Perry she never heard it," revealed the blonde hitmaker in an interview with Nightline. "Then I sent to Beyonce's people and Rihanna's people and Rihanna heard it and she had it on hold for eight months and her management forgot to secure it by paying for the track and Beyonce just slid into home base and threw the money down and it was a really awkward situation." Let this be a reminder to always be vigilant when quality pop songcraft comes your way. 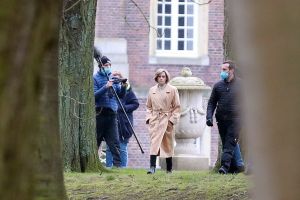