As Mick Jagger turns 74 this week, we’re revisiting his second love, acting, and his handful of on-screen appearances.

Performance highlighted a grimy British crime life with that of seductive side stories. Jagger wrote 'Memo From Turner' for the soundtrack, which he also performed in the film. Watch him belt it out here. Jagger's use of a synthesizer helped to reproduce wobbly sounds and glitches, making for innovative music to go along with the release. 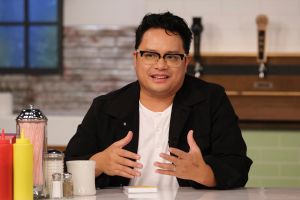