Prior to the Golden Globe Awards earlier in 2012, Elton John, his husband David Furnish and Madonna launched a war of words regarding the odds of her winning Best Original Song. John said she "hasn't got a f--king chance" on the televised red carpet special while Madonna asked "Was he wearing a dress?" in response. Upon Madonna winning the award cameras showed John who looked less than pleased. Meanwhile Furnish took to his Facebook account to say her acceptance speech was "embarrassing in its narcissism." Needless to say, Christmas cards won't be exchanged. 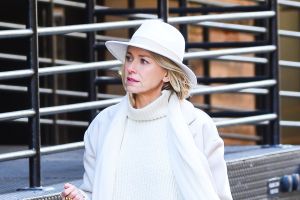