It’s the 50th anniversary of the premiere of the original ‘Star Trek’ series. We thought it might be fun to look at times when pop music and the Star Trek franchise have crossed paths.

William Shatner's "unique" approach to singing has been a staple of pop culture for decades now. ("Rocket Man", anyone?) In 2004, Shatner teamed with Ben Folds for the well-received full length effort 'Has Been'. A Shatnerized version of Pulp's "Common People" was the showcase attraction, but it was a tender duet with Brad Paisley (back before the "Accidental Racist" trainwreck) that closed the album. On "Real", Shatner explains he's more than just the characters he's portrayed in movies and in television. There's a little bit of Captain Kirk in Shatner, but as he puts it: "The next time there's an asteroid or a natural disaster/I'm flattered that you thought of me/but I'm not the one to call." 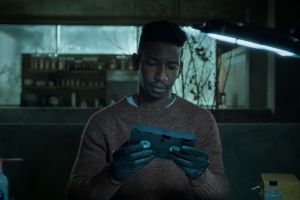