From unannounced house visits to film roles to being called “Judas,” Bob Dylan has seen a lot in his illustrious career. Here are 15 moments which only add to the oddity of Dylan’s enigmatic persona.

At the 1965 Newport Folk Festival, Dylan went electric. The change from acoustic to the harder, edgier sound irked many fans, none more than folk icon Pete Seeger. Seeger said if he had an axe he would've used it to cut the electricity during Dylan's set. In 1966 Dylan toured with The Hawks (later known as The Band) and played acoustic and electric sets. During a May 1966 Manchester gig a fan yelled "Judas!" at Dylan for going electric. "Play it f--king loud!" Dylan said to the band in response before launching into "Like A Rolling Stone". 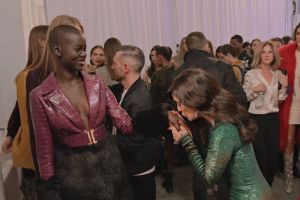